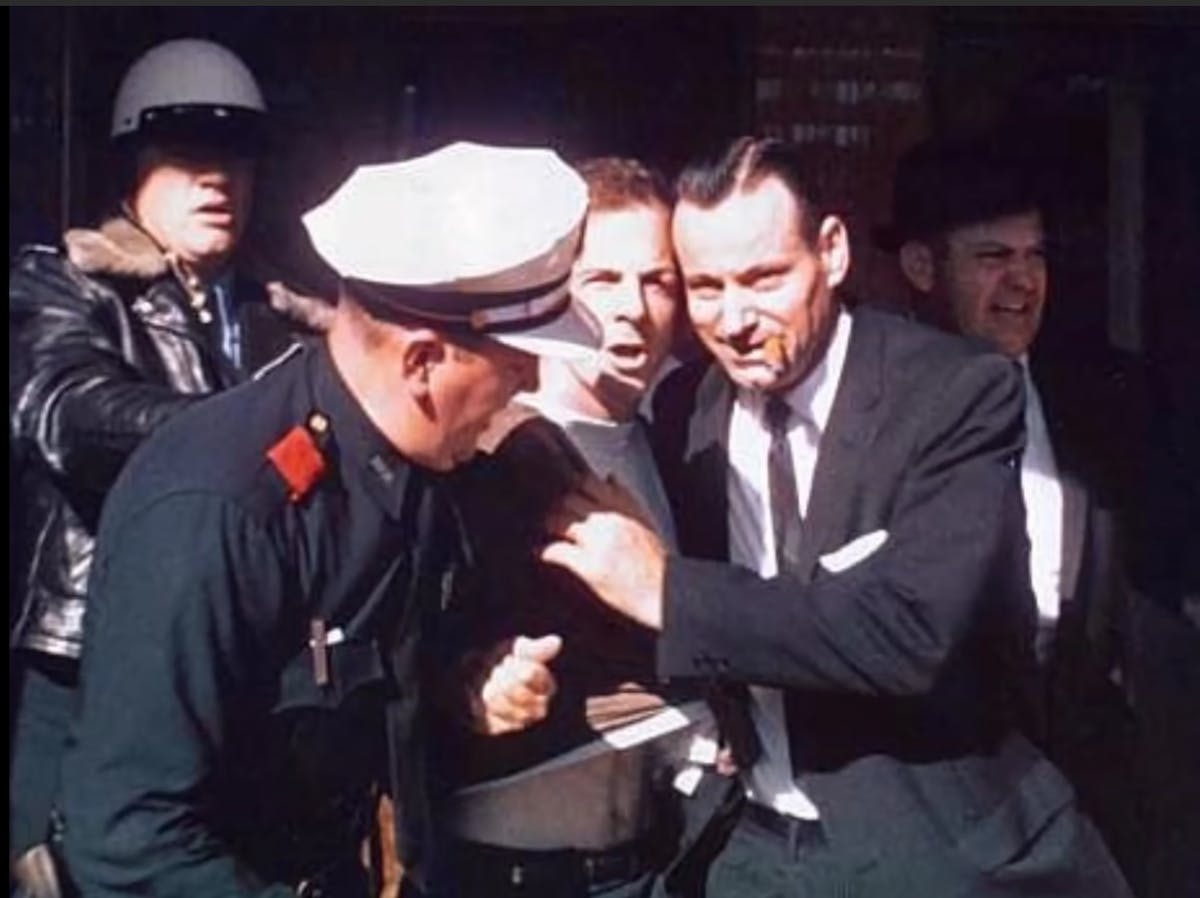 It is 12:30 pm on November 22, 1963. Dallas, Texas. President John F Kennedy has been assassinated in Dealey Plaza near the Texas School Book Depository.

Shortly after the assassination, Lee Harvey Oswald, an employee at the Texas School Book Depository leaves the building located at 411 Elm St. He knew he had to get away from the area. City buses were not available due to the President’s visit. Oswald walks about seven blocks to the Greyhound bus station. Does he get on a bus and flee Dallas? No, he gets in a taxi driven by William Whaley. The taxi takes him about 2 miles to Oak Cliff area of Dallas.

Shortly before 1 pm, Urlene Roberts, the housekeeper at the Oswald’s Rooming House sees Oswald enter the house located at 1026 N Beckley St. She speaks to Oswald, but he does not acknowledge the women. While at the rooming house, Oswald retrieves a revolver and a light jacket.

Around 1:15 pm, Oswald is next seen on 10th St. near the intersection of Patton. This is about ¾ of a mile from the rooming house. Oswald approaches a Dallas Police Car. Officer JD Tippit gets out of the car and Oswald shoots Officer Tippit. Several witnesses see this happen. Later that day, five would identify Oswald in a lineup.

Inside the theater the officers see Oswald. Oswald says, “this is it” and pulls out the revolver.  Oswald attempts to shoot one of the officers. Officer Nick McDonald grabs the revolver and jumps on Oswald. This stops Oswald from shooting. During the struggle, Oswald receives a cut and a black eye. Oswald is captured at 1:50 pm.

This is it… What did Oswald mean?

If Oswald shot yet another police officer inside the Texas Theater surely the police would have returned fire and Oswald would have died there. But Oswald was taken alive, and so begins all of the theories of the JFK Assassination.

Was this what Oswald meant by “it”? We may never know what he really meant.

All of these places and more can be experienced on our JFK Assassination tour. Book today.

Take yourself back in time through Dealey Plaza, The Sixth Floor, and Lee Harvey Oswald’s travels on the fateful day in 1963. Experience his residence, just as it was in 1963.